Is our ‘insight’ becoming sterile? Time to inject some reality?

15 years ago I could have written that headline with ‘sterile insight’ alluding to the lack of life or excitement in market research. The days of dull data tables, death by PowerPoint or focus groups with as much life as the local morgue! (I’m not sure it was that bad really – I’m just trying to paint a picture!)

But today that certainly isn’t the case. I don’t think research agencies have ever been so cool. With high tech tools and techniques that tap into the true hidden depths of human behaviour to the use of video and visualisation techniques that turn research debriefs into major motion pictures complete with dry ice and disco lights.

So what do I mean by ‘sterile insight’ today?

I mean it’s become a bit too polished. A bit too perfect. Research output can sometimes feel like the output of a glossy country life magazine. Depicting homes that have never actually been lived in. That are simply there to paint an aspiration, a dream rather than something you can actually live with. That beautiful cream carpet and matching sofas that in reality are going to be a magnet for muddy pets and baby vomit. 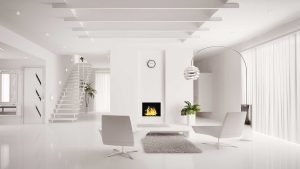 Ironically, I think this is happening because many research agencies have upped their game. Advanced analytics and ‘big data’ (piloted by data ‘scientists’) are allowing us to interrogate knowledge like never before and present it in ever more compelling ways. Funky interactive dashboards and infographics. But more often than not the outputs are theoretical and aggregated. They have to be because that data they are dealing with is so messy.

But It’s not just limited to big data. The increased ability of researchers to truly understand their clients needs often means research is crystallised beautifully into clear recommendations – swanky videos or thought pieces that present answers or suggested direction rather than forcing the client to roll their sleeves up and actually put a bit of brain power into understanding what’s been observed and understand why it’s important.

Commonality and ‘averageness’ can be clean but just not real

I touched on segmentation in one of my previous posts and that’s a great example of my point. The very point of segmentation is to find commonality – to paint a picture of a group of similar customer prospects. There can be two problems in this. Firstly the group depicted never really exists. They are a group of individuals that may be more similar to one another than another segment but they are certainly not all THE SAME. Segmentation output often doesn’t acknowledge that reality.

Secondly, the picture we paint of any segment in our research output can be too sterile. Too perfect. It’s often illustrated by the ‘best’ respondents we spoke to when we were capturing video ethnography. Not the dodgy consumer that was still a valid member of the segment but whose face/ home didn’t fit the narrative quite as well. 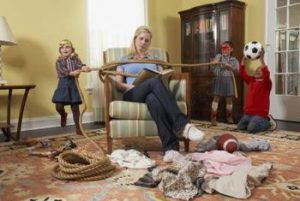 Yes – the things that connect those groups can be important strategic pillars for your business direction. But you can’t lose sight of the reality of those consumers or customers existence as individuals. Recognise that they are humans, not just members of a segment. It’s important to understand the contradictions or inconsistencies in their lives as much as the common denominators that unite them. Great innovation often lies in these strange areas. Mediocrity sits in the highly visible unifying stuff.

So what should we do differently?

Firstly I’d say embrace imperfection. Dont moan at your research agency when a recruit seems a bit ‘off spec’ in a focus group. More often than not they aren’t. Just because they’re not behaving in the way you expect them to doesn’t mean they are wrong. Embrace those differences and understand what drives them. Similarly, look for outliers in quant. Look to the edges, that is often where the interesting stuff is.

Secondly (and yes you guessed it there had to be a Mingle link at some point) roll your sleeves up and take some responsibility for getting out there amongst your customers and consumers yourselves. It will enrich the other knowledge sources you have. It will give you the experiences to challenge yourselves and your research partners when conclusions and business direction may be at risk of getting a little ‘sterile’. There’s excitement and innovation to be found in things that aren’t quite perfect. More raw and more real.

Thirdly – you might just enjoy it. A desk is a dangerous place from which to view the world.

Get out and MINGLE.